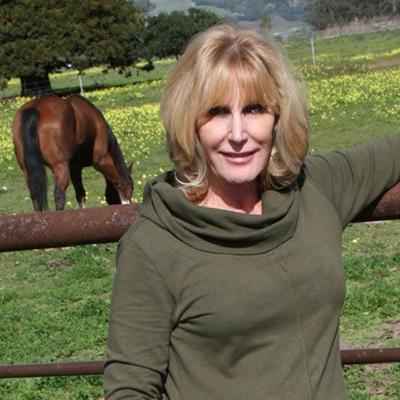 My name is Anne Peaks.  I have been a CASA for 3 years.  During my time as a CASA I have had two cases – both very different from the other.  My first case was  for approximately a year and 1/4 with sisters, 4 and 6.  They were placed with a wonderful Foster Family when I first met them.  The youngest was quick to trust me but the oldest was leery of yet another unfamiliar adult in her life.  Over time, after seeing them each week and doing fun activities, such as pottery painting,  going to the library, making necklaces and bracelets, going to the park together, visiting the Tall Ships and attending the Nutcracker and The Little Mermaid, the oldest began to believe that I was there for them and would not disappear.  We developed a strong bond that continues to this day.  As the girls went through the process of reunification, I came to know their parents well.  I was so comforted that they had taken all of their parenting classes, therapy and services to heart and were on the path to leading a more positive life for themselves and their incredible girls.  The girls were so proud when their Mom became a Parent Partner and mentored others who were in the system and experiencing adversity.  A true success story for all involved.

I have been working with my current appointee, a now 7 year old boy since he was 5.  He is extremely bright and has an incredible memory which is a wonder but also a bane as he remembers all that has happened to him over his young life. He has experienced extreme trauma and witnessed physical violence as his mother struggles with drug addiction and his father is incarcerated.  He is in the care of his amazing Great Grandmother who is there for him through thick and thin. This case has presented many challenges, not the least of which has been his refusal to go to school, the constant change of social workers (4), therapists (3), IHBS workers (4), over the course of his time in the system.  There have been a myriad of issues involved with his education, destructive/violent behavior and health issues.  As a result, I have had to learn how to navigate through the various bureaucracies that a case such as this requires.  There is now a somewhat more consistent dedicated team in place to assist him and he has made some improvement, especially in his ability to self regulate, talk about his feelings and have a bit more confidence in his social interactions.  I continue to hope that with perseverance from all involved that he will be able to move forward toward a more productive life.

I started my career as a teacher and always loved working with children.  By  happenstance, my career path took a different turn and for thirty seven years I worked in commercial real estate and then in the renovation of historic buildings in downtown Los Angeles.  I was introduced to CASA through a dear friend who is now in her 90’s who has been a CASA for many years in Los Angeles.  I always wished I had the time to get back to working with children and when I retired, I decided that I would look into becoming a CASA.  I am so glad that I did!  I have learned so much from the training, the amazing CASA Staff and my wise and supportive Peer Coordinator, Paula Dersom.  Even when presented with the challenges involved in being a CASA, I have so enjoyed working with my appointees.   They have taught me so much and have brought so much to my life.  I have tried to show them that there are people they can trust, who are there for them and will do whatever they can to ensure they have a quality of life they so deserve.