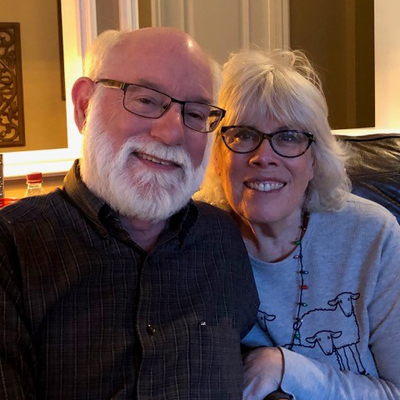 Linda and Lee Margulies have been CASAs since January, 2019. They moved to Ventura three years ago after living in Santa Clarita for 30 years. Here’s what they told us about their CASA experience:

CASAs can make a big difference in their assignees’ lives, as you’ve no doubt been told and, perhaps, experienced. More often, however, the changes are small. That doesn’t make them any less valuable or rewarding.

Our 6-year-old assignee had fallen asleep in the backseat of the car following an afternoon outing with her brothers, aged 11 and 14. When we pulled up to the children’s home, Linda went to the girl and began stroking her arm and talking softly, telling her she was home and it was time to see her mother. Linda had done this with our own four children countless times, but it was clear from the wide-eyed look on the 11-year-old’s face that he’d never before seen such behavior. He was used to a process that combined being shaken while someone bellowed “Wake up!” He didn’t say anything and we didn’t talk to him about it. Yet two weeks later, after his sister again fell asleep in the car, he moved to her side when they got home and repeated Linda’s loving up-and-at-‘em technique exactly.

We beamed. We’d only been CASAs for a few months at that point, but we’d already learned that we couldn’t fix everything in the children’s troubled lives and therefore should savor our victories wherever we found them.

We became CASAs for two simple reasons: to spend time with children and to do something meaningful. Five years after retiring—Linda as an educator, Lee as a journalist—our grandchildren were teenagers with lives of their own, and our days spent traveling, gardening, walking and reading were becoming–well, just a bit boring. We’d never heard of CASA until we saw a newspaper ad and thought this could be exactly what we needed. It has been.

Our first assignment involved the three siblings mentioned above plus their older brother, who, at 16, didn’t particularly want to go on outings with us but was friendly and talkative when we were at his house (not unlike our own grandchildren!). The varied ages made it difficult to find activities that would interest all of them, and there were teachers and counselors at four different schools with whom to make contact. Still, four kids meant four different personalities to get to know and engage, and we loved being with them even as we found their life circumstances daunting. Unfortunately, six months in, their mom decided to move the family to a different county, so we had to say good-bye.

Next we were assigned to a 14-year-old boy. He told his social worker he didn’t want a CASA and we never even met him.

Now we’re working with a 17-year-old girl and a 12-year-old boy who are living with relatives while their parents strive for reunification. We met them in January and look forward to seeing them each week. They welcome our interest in their lives and have high hopes for better times ahead.

We are honored to have been given the opportunity to help these children move closer to achieving their dreams. Even if it’s only one small step at a time.