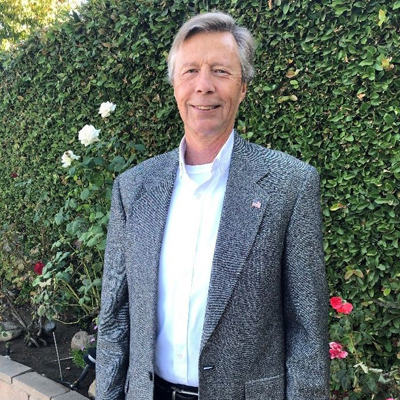 My CASA journey began at a dog adoption event where my wife and I were volunteering. One of the other volunteers had just taken a job as a Behavior Health Clinician with the County and I was asking her about her new position. She told me that the kids she was working with had life experiences just like many of the dogs at the shelter. They were abused, neglected, and even abandoned. She then described some of the emotional and even physical issues the kids were dealing with. I asked her what these kids needed most to help them get better. She gave me information about the CASA program. I figured if I could help dogs, I should be trying to help kids as well. So, I made the call. My work as a CASA has been an eye-opening experience that I would not trade for anything.

I have had two cases since being sworn in two and a half years ago. They overlapped a little bit. My first case was with a teenage boy, sixteen years old, whose family lived close by, but did not want him. The emotional and behavioral issues were tough to deal with, especially around holidays. It took me a few months to figure out that my role as an advocate was to remain objective and not get caught up in the day to day emotional turmoil of this young man. I also learned that little successes here and there can ultimately add up to big success. He has since aged out and did not want to continue with a CASA, but we are still in close touch, and he seems to be moving in a good direction.

My second, and current case, is with two brothers, now ages sixteen and eighteen. I have been advocating for them for a year and a half. What little family they have locally are not able to take care of them, so they were on their own until they were identified and put into foster care. They are nice kids, very independent, and way behind in school. I took on the task of being their Educational Rights Holder to make sure there will be consistent oversight of their education. It has been a struggle dealing with an educational system that wants kids to fit into a certain mold, and kids that have educational needs outside of that mold. Small steps of progress are being taken every day and I am proud of the effort that my two boys are making in their education. I am looking forward to a long-term relationship with these young men.

I really like being a CASA. I have always had an affinity for children. I enjoy being with kids of all ages, being active with them, having a nurturing relationship with them, and helping them know that I am someone they can count on. As far back as I can remember, this is the way I have always been. So, being a CASA is natural for me. What I find difficult is the patience required to work within the system, and how long it takes to get the needs of the children addressed and met. I also feel that too many well-meaning people and programs are put into a dependent child’s life, and the multitude of meetings do not allow enough time for a kid to just be a kid. Sometimes there can be too much of a good thing. For this reason, I try to make my time with my appointed kids a fun time. A lot of information can be gleaned from a happy kid.

Another, and even greater frustration I have, is with our society, and the lack of emphasis put toward victimized children. This is evident to me every day when I see ad after ad on television showing the need to help abused and abandoned animals, but never an ad to help abused, abandoned, and victimized children. Because of this reality, I have expanded my CASA responsibilities to include promoting the CASA program in the community, trying to get volunteers and donations to grow the program. Being an advocate for a child in need is so important. Unfortunately, even here in Ventura County, the majority of the children who need an advocate don’t have one. I hope to help change this reality.

My work as a CASA has introduced me to so many caring and dedicated people. I am continually impressed with the vision of our office staff and support team. I appreciate the hard work and knowledge of the professional educators and social service professionals with whom I work every day. The foster home providers are in a league of their own when it comes to selfless caring. I am grateful to count some of these people as friends. But I continue to be most impressed with my fellow CASA volunteers. They are an exceptional group of people and I am humbled to be counted as one of them.